The riverside town of Woolwich in south east London is at the heart of what makes artist Gary Drostle tick. 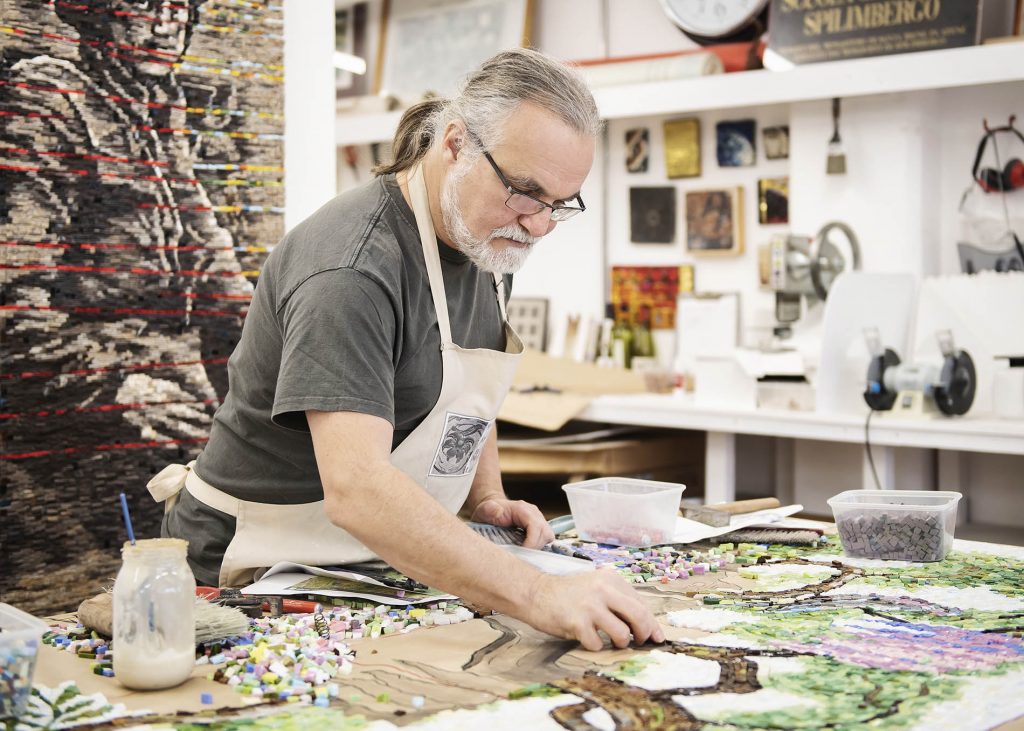 Gary Drostle was born in Woolwich in 1961, deep down he is a Woolwich Artist. His father was a trade union activist in the London Docks and his mother, a housewife and artistic free spirit and he grew up inthe family rented flat above a shop in Powis Street, Woolwich.

If you didn’t know anything else about him, that would probably tell you everything.

Throughout his life Gary has searched for ways to express his sense of personal identity, his strong feelings of community identity and class consciousness and a desire to tell the stories and histories of working class people through his creative practice.  This expression has taken many forms but always at its core has been this sense of where he is from and how that relates to the world.

So what is it about Woolwich?

Woolwich has a character and history very different from most other parts of London. Most of London was developed as suburbs serving the centre, places where people lived but travelled into the centre to work. In Woolwich this was not the case. Woolwich grew up around its two big industries, The Arsenal and the Docks. Most of the people who lived there worked in those industries or connected businesses, in this way Woolwich had a strong working class community much more in character with the Mill and Mining towns of the North of England. Gary’s early years were marked by the struggles experience by his father in the Docks and in his own activism to combat the rise of the far right in the 1970’s.

Woolwich is a working class community with high levels of deprivation and struggle that continue to this day. At the same time it is a vibrant town, mixing together people from all over the world including strong Nigerian, Nepalese, Indian, Somali, Vietnamese and  importantly Traveller communities. 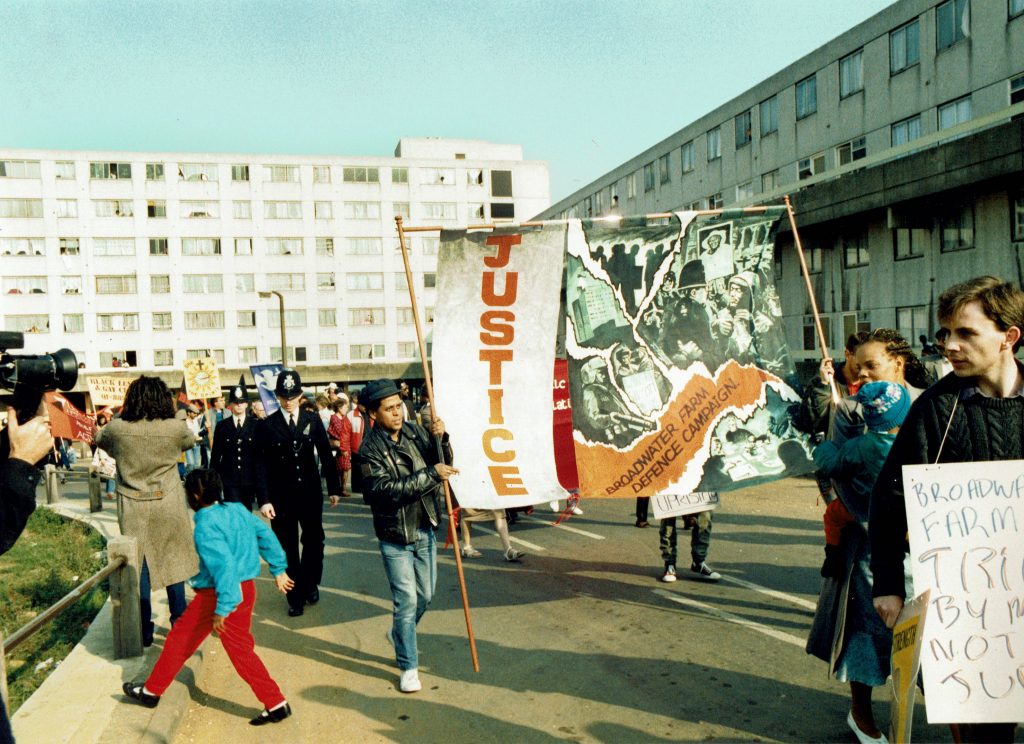 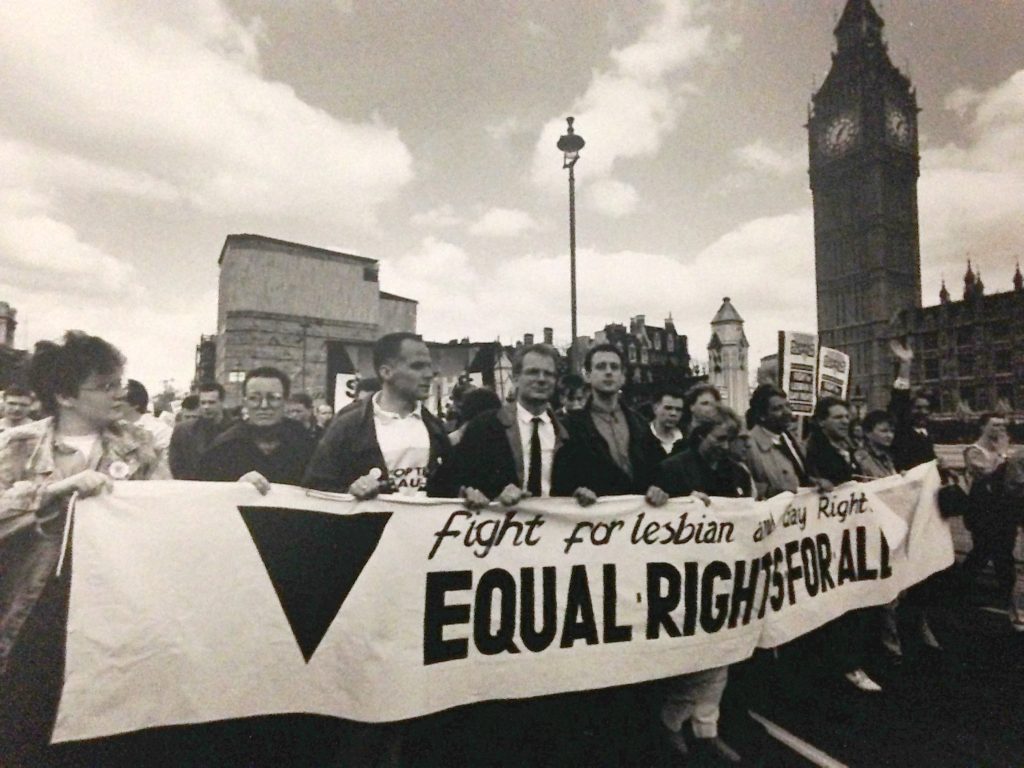 The struggle in the 1980’s was very much on the streets and this is where Gary first found a means of creative output by making banners for a range of groups and causes.

Pictured here are banners made for: The Broadwater Farm Defence Campaign; Lesbian Liberation Group and the Stop Claus 28 Campaign.

Since the mid 80’s Gary found another outlet through radical cartoons. Over the years he has documented the changing political face of the world through his satirical drawings.

The Woolwich artist taking another route into our everyday lives

Of course the personal life and our interrelationships with each other, families and friends is also a political relationship.

Another area of exploration for this Woolwich Artist are these large drawings, created in charcoal. They explore a more domestic personal life through small moments that reveal deeper stories of urban life in London.

The drawings bend perspective as though they were enveloping you, or as if you are seeing into these private moments like a fly on the wall.

Since leaving art college in 1984 Gary’s most prolific work has been in Public Art.

“For me the opportunity to create works in public spaces is vital. Public Art has a crucial role in representing and reflecting the local community, telling our stories and history. These stories make an area truly local and in today’s environment where corporate branding threatens to make every public space an identical clone, we really need to assert our identities and reclaim our public spaces. Our stories and our history makes our spaces rich and alive and recognises the value of our communities”

Here is a selection of public artworks created in and around the Woolwich area.